Episcopalians from throughout our diocese gathered November 18 & 19, 2022, for the 183rd Convention of The Episcopal Diocese of Missouri.

The convention was held at the DoubleTree Hotel at 16625 Swingley Ridge Road in Chesterfield. It was our first in-person convention since 2019!

From budgets and constitutions to oak trees and dance parties, the 2022 diocesan convention was a wonderful time to celebrate our life together as a community of faith! Click on the headlines below for details.

Everyone in the Diocese is invited to engage in one of four virtual workshops on the evening before our convention begins.

All workshops will be held Thursday, Nov. 17, from 7:00 until 8:00 p.m. Select one workshop to attend live. Recordings will be available here after the event for those who wish to engage in more than one topic.

Read additional details about the topics and the presenters.

Join the Zoom meeting for Workshop #1

Join the Zoom meeting for Workshop #2

Join the Zoom meeting for Workshop #3

Join the Zoom meeting for Workshop #4

The Diocese is grateful to the congregation of St. Martin's Episcopal Church in Ellisville for serving as our convention host this year!

In an effort to be good stewards of the environment, we will have only two (2) printed booklets on every table at convention. Those copies should stay on the tables throughout convention for everyone to share.

All of these resources are available online (as this booklet and as individual documents for downloading). If you would like to have your own printed copy of this booklet, please print it out at home and bring it with you.

Otherwise, we encourage you to use the online versions and save the paper!

Download GC80 Resolutions to Amend the Constitution of The Episcopal Church

Welcome to the 183rd Convention of The Episcopal Diocese of Missouri

This schedule is subject to change.

All events will be in the Grand Ballroom unless otherwise noted.

5 p.m. - Social Hour
(in vendor area at entrance to ballroom)

Download a copy of the rules of order to be adopted by the 183rd Convention.

Rules of Order
to be Adopted by the 183rd Convention

1. The Presiding Officer shall appoint members of Permanent Committees at each Meeting of Convention.

4. A member, other than the Chairman of the Committee whose report is under consideration, shall not speak more than twice in the same debate, nor longer than five minutes at a time, without leave of Convention.

6. When a question has once been determined it shall stand as the judgment of Convention, and shall not again be drawn into debate except on motion of reconsideration which must be made by a member who had previously voted in the majority.

7. All questions of parliamentary law not resolved by reference to the Canons or these General Rules shall be decided under Robert’s Rules of Order.

8. All questions of order shall be decided in the first instance by the Presiding Officer, without debate; an appeal may be made to Convention by any member.

10. The names of movers of resolutions shall appear in the minutes of Convention.

11. All motions and resolutions requiring reference shall be referred, so far as possible, to the Permanent Committees of Convention.

12. Except in cases where majority vote is required, all elections shall be by Single Transferable Vote Ballot utilizing such online balloting system as the Secretary shall have determined in consultation with the Presiding Officer.

(a) No later than the day before elections are to occur, the Secretary of Convention or his or her designee shall send an email to every member of Convention setting forth a unique voter access code.

(b) Each elector shall mark his or her ballot by numbering the names of all the candidates for each office in order of preference, with “1” being the highest (most preferred) ranking. For example, if there are three candidates, the elector places “1” beside their first choice, “2” beside their second choice, and “3” beside their third choice. The elector shall not give more than one number to any name, nor shall any name be left unnumbered. Any ballot which does not comply with the directions given in this section will be invalid and will not be counted.

(c) The persons appointed by the Presiding Officer to conduct the election shall count each valid ballot. 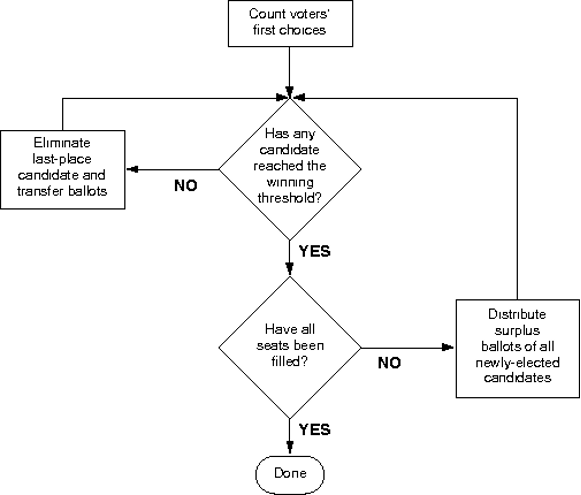 13. The Presiding Officer may, having left the chair, enter into the debate on any question, but shall not then resume the chair until the main motion under consider­ation has been disposed of.

14. Once the Order of Business has been approved it may not be altered except by 2/3 majority vote of Con­vention, provided that the Presiding Officer may reorder agenda items at any time.

The following people are nominated for elected offices. Nominations from the floor will be accepted until Friday, Nov. 18, 2022.

Directions to make a nomination:

Elections will be held Saturday, Nov. 19.

Download a booklet with all the nominations received through Nov. 12. - including photos and bios (updated 11-12-22).

Elections will be conducted utilizing an online voting platform called Election Buddy. Eligible voters will access the platform through a personalized email link. This voting platform is tablet, smartphone, and computer-friendly and designed to work with all major browsers.

Election voting will occur during the Saturday morning session of Convention. The evening before voting (Friday evening), eligible voters will receive an email containing their personalized voting link.The email will come from electionbuddy.com with an Episcopal Diocese of Missouri header. If unable to find the email, please be sure to check your spam or trash folders.

Our voting will be conducted using a preferential aggregate transfer ballot system. Each elector shall mark his or her ballot by numbering the names of all the candidates for each office in order of preference, with “1” being the highest (most preferred) ranking. For example, if there are three candidates, the elector places “1” beside their first choice, “2” beside their second choice, and “3” beside their third choice.The elector shall not give more than one number to any name, nor shall any name be left unnumbered.

1. When instructed to begin voting at Convention, navigate to your email and open the voting email. This email will contain your unique voting access key. The keys are single-use, ensuring that a voter can vote only once.

2. Click the provided link that will take you directly to your personalized voting screen.

3. Enter the password announced at the time of voting. You will not receive this password ahead of time.

4. Once at the ballot, mark your selections for each election, scrolling down to access each
election.

6. Review your choices. To change choose Edit, or to finalize and vote choose Submit.

7. You will receive a confirmation verifying that your submission was successful.

Printed voting notices will be provided to eligible voters during registration on Saturday morning.These notices will contain the voter’s unique voting access key.Voters may vote by visiting ebv.io/ballot and entering their unique access key.Voting stations will also be set up for anyone who may have difficulty accessing the voting site on their own device.

If you have problems with your electronic voting, please visit one of our voting stations in the room, or raise your hand and someone will come to help you as soon as possible.

Resolutions to Amend the Constitution and Canons

Resolution for merger of St. Luke's and Good Shepherd

GC80 Resolutions that change the Constitution of The Episcopal Church

It is a requirement of Canon I.1.1.3 of The Episcopal Church that diocesan leaders receive notice whenever any alteration of the Book of Common Prayer or of the Constitution is proposed. The 80th General Convention proposed three resolutions with changes to the Constitution:

Courtesy resolutions will be presented during Convention and will be posted here soon.

Our gratitude goes to everyone who has led or served in a diocesan ministry in 2022. We are grateful for the time and energy you give to our community.

These reports provide a snapshot of the wonderful work happening in The Episcopal Diocese of Missouri.

The reports are listed alphabetically by:

The Episcopal Diocese of Missouri presents our 2023 Operating Budget for final action by Convention on November 19, 2022.

The Constitution and Canons of the Episcopal Church in the Diocese of Missouri outline and detail how our diocese operates.

The most recent edition of the Constitution and Canons was published in July 2017, with revision from the 180th Convention meeting in 2019, and a corrected version printed in November of 2022.

The Diocese of Missouri is pleased to invite EVERYONE in the Diocese to this year's convention workshops on Thursday, Nov. 17. Get details about our four Zoom offerings here.

Every congregation in the Diocese received a check for $1,000 early in 2022. Now Bishop Deon wants you to show the Diocese how you served your community with that gift.

All ministry leaders whose ministries receive diocesan funding and/or serve the Diocese at large should submit a written report for our annual convention. 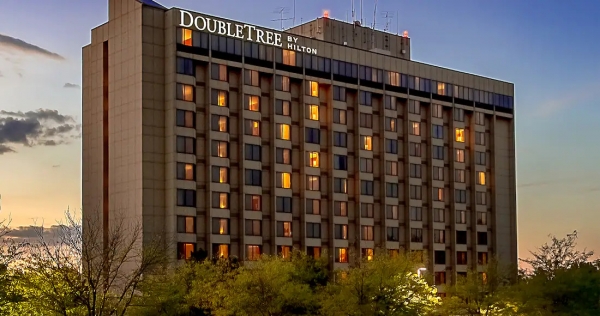 The DoubleTree Hotel has discounted rooms available for our members from Thursday, Nov. 17 through Sunday, Nov. 20. You can reserve a room now for $79 per night.

Learn about the three types of resolutions, how to write a resolution, and where to send your resolutions for consideration at the 183rd Convention of the Diocese of Missouri. Resolution submission deadline is September 28, 2022.

Nominations are now being accepted for Convention-elected offices in the Diocese of Missouri. Get details about the positions and submit a nomination here. Nominations must be submitted by September 28, 2022.