The following is an obituary written September 23, 2015 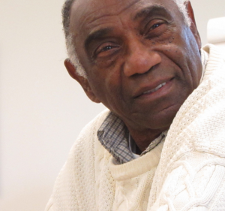 Emery was born February 27, 1935 to Booker Taliaferro and Fannie Mae Norrington Washington in Palestine, Arkansas. He received his basic education at Christ Church Parochial and Industrial School in Forrest City, Arkansas. He earned a Bachelor of Arts degree in Philosophy from Philander Smith College, Little Rock (1957), a Master of Divinity from Virginia Theological Seminary, Alexandria (1961) and became certified in education at Arkansas State University, Jonesboro (1968). 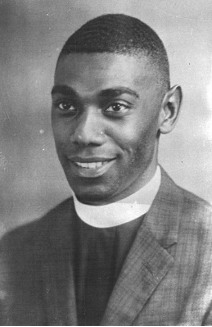 As an educator, he taught English and social studies at his alma mater, Christ Church School in Forrest City, prior to attending seminary. When he returned, he added the teaching of religion, and from 1967-71 served as the school’s headmaster. Appointed by Governor Winthrop Rockefeller as the first African American to the Arkansas State Board of Education, he served from 1971-76. He was a field educator for Eden Seminary in the 1990s and received an honorary Doctor of Divinity from Eden in May 2002. He was a Fellow at Christ Church College in Canterbury in 1988, and participated in the Pauline Travels in Israel and Turkey in 2000.

Father Emery served as Vicar, Priest-in-residence, Rector, and Canon to the Ordinary during his 40 years of active ministry. He came to the Diocese of Missouri when called as rector of All Saints’ Episcopal Church in St. Louis in 1983, a position he retired from in January 2002. In his retirement he server more than 12 churches as long and short term supply cleric.

Emery Washington was a deputy to six General Conventions of the Episcopal Church, and was a member of the International Affairs and Social Issues committee, among others. He was an ecumenical officer in both dioceses of Missouri and Arkansas. Father Emery integrated Arkansas’ Camp Mitchell racially and serve as a camp director for many years. He served on two companion diocese committees in Missouri, making trips to Nigeria and Puerto Rico.

In 1985 he was appointed by Bishop William Jones to an ad hoc committee exploring dismantling racism in this diocese, and served as its vice-chair. He advocated to the next Missouri Bishop, Hays Rockwell, that a permanent commission to do this work in the diocese be formed-- the Dismantling Racism Commission on which Father Emery has been active for its existence and a guiding presence. He was instrumental in developing the commission’s resource material for congregations beginning conversation about their racial history, Seeking Our Past, Creating Our Future. 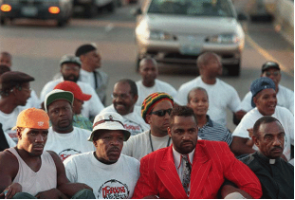 Emery was trained as a community organizer and was for all of his life an advocate for peace and justice. His work was done in St. Louis with the St. Louis Association of Community Organizations (SLACO) and Metropolitan Congregations United (MCU). He helped SLACO encourage the city of St. Louis to establish a policy for training and employing African American men and women. A part of the MO-KAN sit-in on I-70 in July 1999, he helped to assure that the policy was implemented. He was a part of the founding team that established MCU in the St. Louis metro area, and went on to serve on its board of directors. He also was a proud volunteer chaplain with the Olivette Police Department for many years.

Emery was a life member of Alpha Phi Alpha Fraternity, the Urban League, and the NAACP. Believing that most people, in the final analysis held common value, he sought to help people to work together across racial lines and other divides. 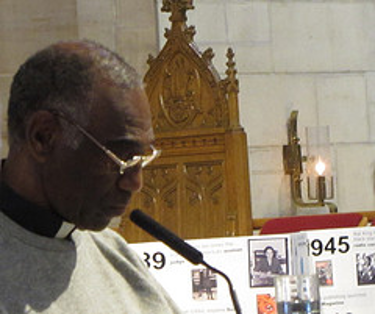 Emery’s greatest love was for his wife Alice Bogard Washington, whom he married on Oct. 1, 1965. He is survived by Alice and their four children, Jaycee, Ekila, Marie, and Emery Jr., his sister Annette, grandchildren and great-grandchildren.

Funeral services will be held at 4 pm on Saturday, Oct. 17, 2015 at the Episcopal Church of the Holy Communion in University City. Presiding with be the Rt. Rev. Wayne Smith, Bishop of Missouri, and preaching will be the Rt. Rev. Edward Salmon, seminary classmate and lifelong friend of Emery and Alice. In lieu of flowers, a memorial contribution can be made to Holy Communion, 7401 Delmar Blvd, St. Louis 63130.

I am Resurrection and I am Life, says the Lord.
Whoever has faith in me shall have life,
even though he die.
And everyone who has life,
and has committed himself to me in faith,
shall not die for ever.

As for me, I know that my Redeemer lives
and that at the last he will stand upon the earth.
After my awaking, he will raise me up;
and in my body I shall see God.
I myself shall see, and my eyes behold him
who is my friend and not a stranger.

For none of us has life in himself,
and none becomes his own master when he dies.
For if we have life, we are alive in the Lord,
and if we die, we die in the Lord.
So, then, whether we live or die,
we are the Lord's possession.

Photos: Fr. Emery on a snowed-in Saturday for most of St. Louis in 2012 that didn't stop the monthly meeting of the diocesan Dismantling Racism Commission; Emery Washington, Headmaster of Christ Church School in Forrest City, Arkansas, from the Encyclopedia of Arkansas Culture and History; Fr. Emery at the MO-KAN protest, 1999, link to St. Louis Post-Dispatch reprint; Fr. Emery offering a closing prayer at the 2013 Absalom Jones commemoration the Dismantling Racism Commission organizes each year for the Diocese of Missouri.