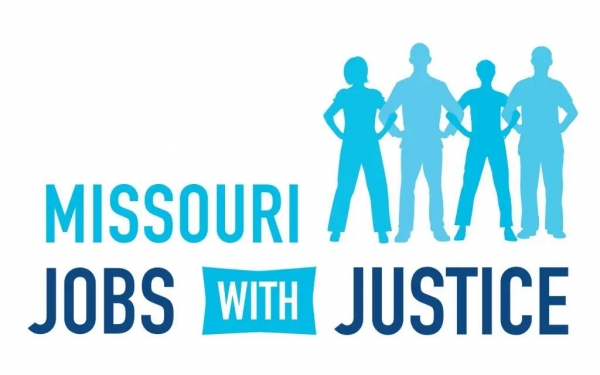 Hello siblings in Christ: On behalf of struggling workers at Truman State University in Kirksville, I am asking for your help.

Missouri Jobs with Justice has received a Solidarity Request from LiUNA 955 to support workers at Truman State in Kirksville, with details provided by LiUNA 955 organizer (and former MOJWJ Mid-Missouri Organizer), Andrew Hutchinson: "Laborers (LiUNA) Local 955 workers at Truman State are currently bargaining with Truman administration over wages and working conditions. We have been in negotiations since July. Truman has asked for more time to prepare a response to our wage proposal three times. We, in good faith, agreed to their extensions twice. Now they have informed us that they will not have a proposal regarding wages to us until a few days before their Board of Governors meeting, where their Board will vote to finalize the raise. Truman State is still starting their custodians at minimum wage. Most workers make significantly less than $15/hr and most workers, including the majority of the bargaining committee, work two jobs just to survive. Their only commitment so far, regarding wages, is that they will attempt to continue paying the minimum wage."

Specifically, LiUNA 955 is asking that alums of Truman - especially clergy, teachers & members of the Workers Rights Boards in St. Louis and Kansas City - write Letters to the Editor in St. Louis & Kansas City, as well as provide any connections to people and organizations in or around Kirksville who might be able to participate in an event (time & exact location TBD) on Saturday, December 4, in Kirksville. If you are a Truman Alum and willing to write an LTE, please let me know and I will make sure you get the information you need to write an effective LTE. We will soon also have an Action Network Petition to circulate, as well. If you have more detailed questions about the campaign, please contact our new Mid-MO Organizer Drew Amidei at [email protected]. If anyone at Trinity Kirksville would be willing to be a contact, that would be incredibly helpful! Thank you!

Blessings, as we work towards the Reign of Christ,

You can reach the Rev. Dr. Teresa M. Danieley at [email protected]