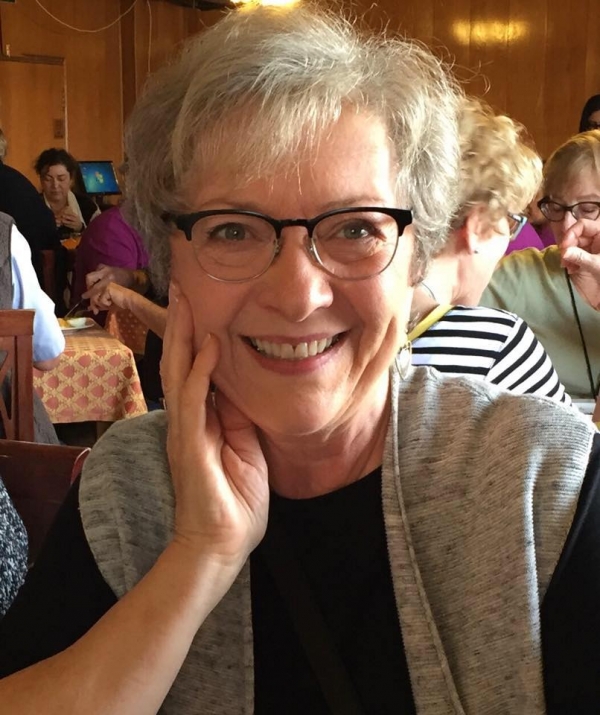 This reflection is part of a series to celebrate women's ministry, June 2022.

Question: Are there any particular stories from the Bible that resonate with you as a woman in ministry?

While a great crowd follows him and throngs about him, Jesus is being rushed by his disciples to the bedside of a little girl who is dying. Because Jairus, the girl’s father, is a man of importance, the company who travel with Jesus are busy shouldering aside the crowd so he can move quickly and avoid interruption in this urgent matter. However, Jesus is a master of interruptions. Jesus notices people to whom others are oblivious. He ministers out of compassion to those who need him in the moment. In this moment he is compelled to notice a nameless woman who possesses great courage and a voice to tell her story.

Unseen by Jesus, hemmed in by the curious crowd who are eager to see what mighty action he will perform next, there struggles a woman in great need and with only one hope left. She has had a flow of blood for over twelve years (longer than the life span of Jairus’ little daughter). She is alone in the world, shunned because her hemorrhage never stops. Doctors have taken all her money while she has grown worse, not better.

She has heard the reports about Jesus, how he is a healer of impossible afflictions. She pushes through the crowd and manages to come up behind Jesus, near enough to touch. Taking her chance, she reaches out and her hand touches his garments. I imagine her nearly fainting at her own audacity. She has done it! Even at that moment she feels healed of her affliction.

Jesus stops! He has felt the healing power go out from him to the woman. With the crowd pressing around him, he asks “Who touched my garments?” Then he sees her face—full of fear and hope. He gives her the space and time to tell her whole story—and for the disciples and the crowd to hear her words.

The woman whose faith has healed her chronic disease has been conditioned by her culture, as many women are today, to be passive, to hold back from asking for what she needs. She has been taught to believe that her condition—which is only associated with being female—places her on the outside, alone and rejected. She calls on her inner strength and overcomes fear. When Jesus asks who touched him, she falls down in fear. Trembling, she tells him her story, “the whole truth.”

Women in ministry today must overcome the cultural pressures that cause them to feel unworthy of attention, unworthy to tell who they are. This woman’s story resonates with me because she overcomes fear and yields to that amazing hope that Jesus can and will heal her. She reaches out to touch him; she accepts Jesus’ compassionate gaze and responds by telling her story.

In the Gospels, this nameless woman is linked forever with the twelve-year-old daughter of Jairus, also nameless. Jesus heals the child, too, bringing her back from apparent death to a life with her family and a future as might be expected of girls and women of her time. For me, the hemorrhaging woman who refuses to succumb to despair, who touches Jesus in search of healing, is a hero to all women who need to be seen and heard to live life fully.