by Mary Chapman, Director of Music
The Episcopal Church of the Holy Communion, University City

Caroline Noel was born in Teston, Kent, England, the daughter of the Hon. Gerard T. Noel, noted clergyman and hymnist. She began writing poetry in her teen years, but abandoned it until her later years. Sadly, she suffered from frequent bouts of illness, which eventually caused her to become an invalid. Resuming her poetry became a source of succor, and her works were collected in a compilation titled The Name of Jesus and Other Verses for the Sick and Lonely (1861, later enlarged in 1870).

Noted composer Ralph Vaughan Williams wrote the melody King’s Weston for this text, and it was then published in the 1925 hymnal Songs of Praise, compiled by Percy Dearmer, Martin Shaw, and Ralph Vaughan Williams. The tune name refers to a manor house on the Avon River near Bristol, England. 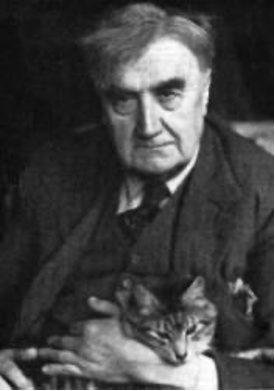 Vaughan Williams is, arguably one of the most recognizable composers of the 20th century. Born in the Cotswold village of Down Ampney in Gloucestershire, England, where his father was vicar. He took instruction at the Royal School of Music in London and at Trinity College, Cambridge, as well as additional studies in Berlin and Paris. During World War I, he served in the Army medical corps in France. After the war, he returned to the Royal School of Music, but this time as a teacher, where he stayed until 1940. The war had deeply affected him, as he had lost several close friends and seen so much carnage, and its impact could be heard in his music.


Although he composed in all genres, the folksong was also a great influence on him. Some composers hoped to preserve folk songs that had been passed down orally from generation to generation, and were now in danger of being forgotten as the world was becoming more and more modernized. Much like his contemporary Antonín Dvořák, Vaughan Williams “collected” the folk tunes he heard during his travels throughout the countryside, often incorporating them into his compositions.

Whether it’s his A Lark Ascending (for solo violin and orchestra), A Sea Symphony (for choir and orchestra), or his hymn tune Down Ampney (Come Down, O Love Divine H516), I hope you’ll agree that his music is remarkable in its expressiveness, and extraordinary in the emotion it evokes.

Listen here to a lovely recording, and feel free to sing along!