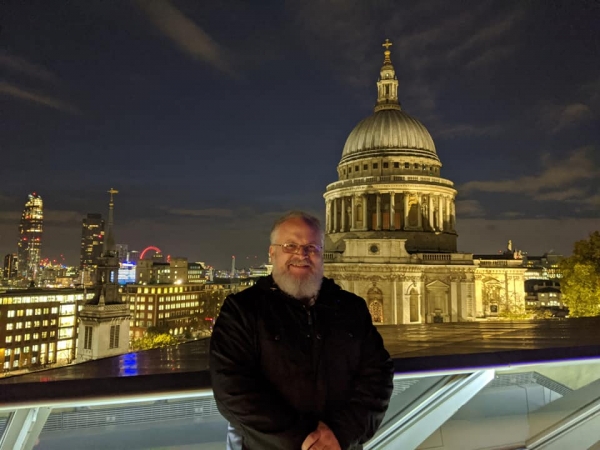 THE 80th GENERAL CONVENTION of the EPISCOPAL CHURCH

I’m going to start with some REALLY basic information about General Convention because the subject of church leadership and administration (polity) isn’t usually something that most people have as a top priority.

The House of Deputies is BIG. On day one (July 8th), we had 799 deputies present. Believe it or not, that’s actually a relatively small number compared with other years.

COVID has really changed the operations of General Convention (AKA “This is not a normal convention”). As already noted, we moved the 80th General Convention from 2021 to 2022. The usual ten-day agenda was shrunk to only four days. All deputies had to produce proof of vaccination and boosting. All deputies were asked to test daily for active COVID. The deputies were also required to wear masks for all meetings. Finally, and heartbreakingly, we weren’t allowed our usual snacks and other goodies to help us through long legislative days. [sad face]

An additional way in which the operations of General Convention changed had to do with the legislative committees. There are many committees that work to receive and prepare legislation in their areas. Usually their work takes up much of the first days of General Convention. In order to deal with the compressed timetable, those committees have been meeting online for many months to have their work ready for immediate consideration.

So, what does a day of General Convention look like? Our first day (Friday the 8th of July) started with a Eucharist service very much like what you’re used to on a Sunday morning. A couple of differences: our sermon was provided (virtually) by the Presiding Bishop, the Most Rev. Michael Curry. We also took time to offer a necrology. It is the tradition of General Convention to recite the names of former deputies who passed away since the previous General Convention. The list was especially long this year due to the longer time between conventions and because of lives lost due to COVID.

After the service we started doing the legislative work of General Convention. We had a rough start because we use electronic devices to track the work of Convention, and most people have additional devices. The special wifi network set up for General Convention immediately started to collapse under the load and it had to be…slowly…restored.

The next items of business involved resolutions related to racial reconciliation. These were discussed extensively and reflected issues of enormous passion and pain. A common theme was the need to own the history of the Episcopal Church and be honest about things we’ve done in the past that carry implications for current generations.

After a dinner break we went back to work. Our schedule runs from 8:30 in the morning to 9:30 in the evening. In our final session we voted on some courtesy resolutions (resolutions that say nice things like “Thanks to Baltimore for hosting us”) and some weightier matters. We started to discuss moving future General Conventions to cities more in keeping with the teachings of the Episcopal Church….but then we closed up shop for the evening. That’ll be, literally, a discussion for tomorrow.

The House of Bishops had its own activities today and some of those appeared on The Episcopal News Service.

General Convention is a lot of work, but it’s also a huge honor to be able to be here by the good graces of the Diocese of Missouri and be a small part of the leadership of the Episcopal Church.