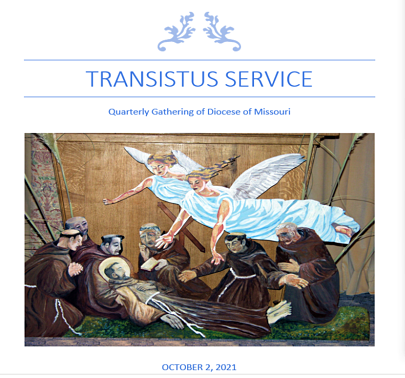 Members of Religious Orders and Communities in The Diocese of Missouri gathered virtually for their regular quarterly gathering Saturday afternoon, Oct. 2, 2021. Our Franciscans led us in the traditional Franciscan commemoration of St. Francis of Assisi. The "Transitus", :”Passage" or "Crossing-over" of St. Francis is a celebration of the passage of the saint from his earthly life to the glory of heaven. Traditionally celebrated by Franciscans all over the world on Oct. 3. Franciscan friars, sisters, members of the Third Order and friends gather together on the vigil of the feast of St. Francis and commemorate the death of their beloved founder and brother.

In celebrating the Transitus, we are reminded that death is a part of life, that the final journey of our earthly existence is nothing to be feared, but to be celebrated and embraced. For it is only through death that we come to the full joy of the Lord. As is the custom in celebrating the Transitus, we read and meditated on some of the words of St. Francis as contained in his original writings are founder in his Rule, his Testament, his admonitions, his letters, as well as his praises and prayers.

“On the eve of his death, the saint, in imitation of his Divine Master, had bread brought to him and broken. This he distributed among those present, blessing Bernard of Quintaville, his first companion; Elias, his vicar, and all the others in the order. "I have done my part,” he said next, “May Christ teach you to do yours.” Then wishing to give a last token of detachment and to show he no longer had anything in common with the world, Francis removed his poor habit and lay down on the bare ground, covered with a borrowed cloth, rejoicing that he was able to keep faith with his Lady Poverty to the end. After a while he asked to have read to him the Passion according to St. John, and then in faltering tones he himself intoned Psalm 142. At the concluding verse, “Bring my soul out of prison,” Francis was led away from earth by “Sister Death”, in whose praise he had shortly before added a new verse to his ‘Canticle of the Sun.

Members of Religious Orders and Communities in the Diocese of Missouri gather quarterly for worship and fellowship. Participants are primarily engaged in “The New Monasticism,” dispersed orders and communities living under a Rule of life; they are both clergy and lay, with lay members usually engaged in secular careers, while ministering and serving in their respective dioceses, parishes, and communities. All those in the diocese who are members of communities living under vows, promises, or covenants, and following a religious rule of life are warmly invited to join in the gathering. Participating communities include Anglican Dominicans, The Anamchara Fellowship, the Rivendell Community, Franciscans from The Order of St Francis, and the Society of St. Francis - Third Order, The Daughters of The King, The Brotherhood of St. Andrew, Benedictines, The Deaconess Anne House Community, and Worker Sisters and Brothers of the Holy Spirit. Each gathering is led in rotation by one of the Communities present in the diocese, drawing on their particular traditions.

Our next gathering is tentatively scheduled for Saturday, Jan. 8, 2021 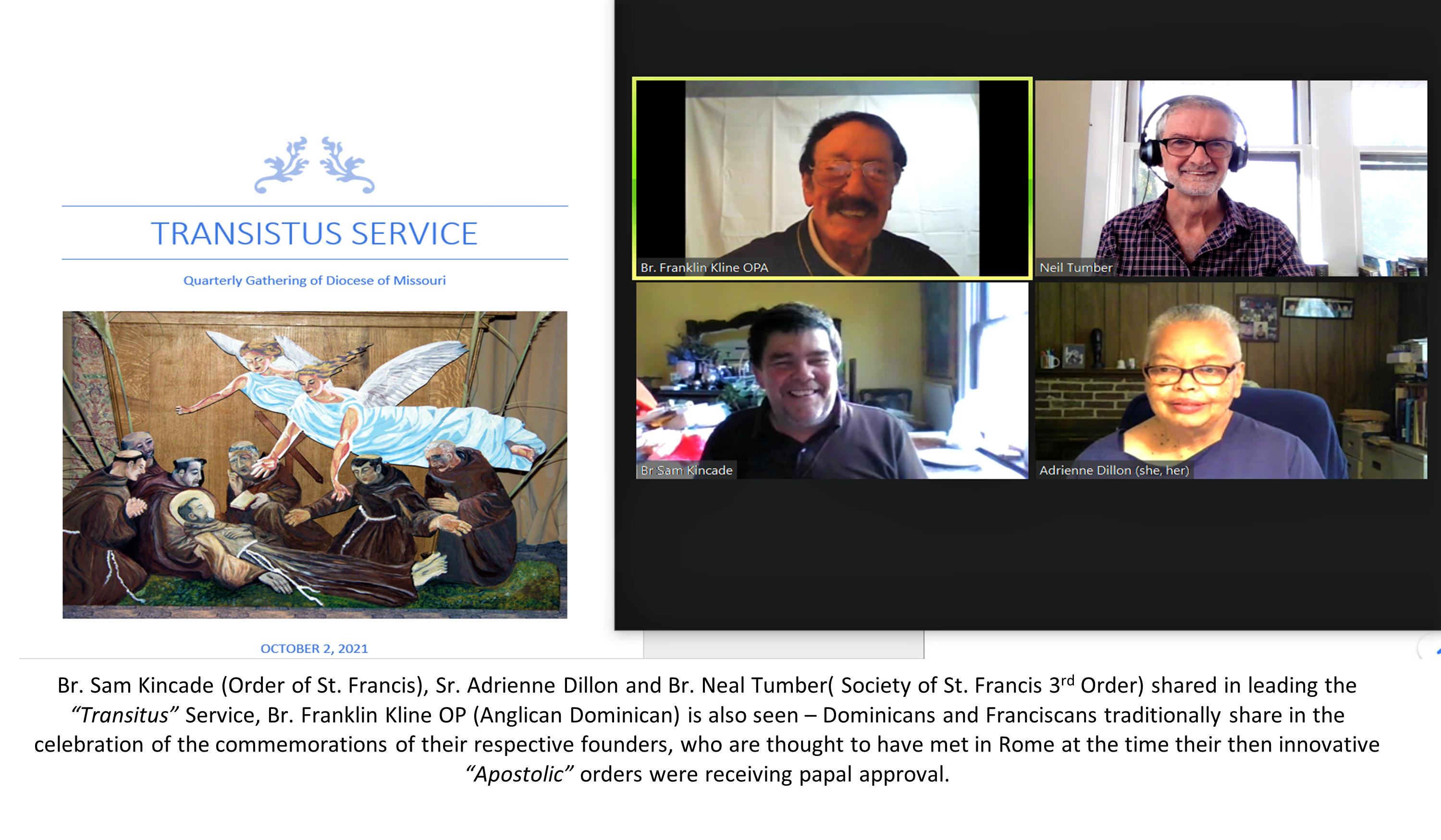