Calls for Prayers and Change in the Aftermath of Mass Shootings 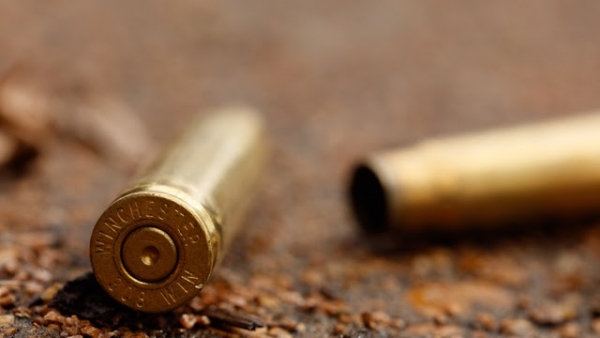 The Diocese of Missouri mourns the loss of 18 lives to acts of senseless violence in the past week in Georgia and Colorado.

The Rt. Rev. Deon K. Johnson, Eleventh Bishop of Missouri, issued a statement after the March 16 shootings in Atlanta, where a gunman killed eight people - the majority of whom were of Asian decent:

"As people of faith, we must act to end the scourge of violence and racism that has become a part of the cultural landscape of our nation," said Bishop Johnson. "We follow Jesus who points us always towards God’s dream of Beloved Community where all nations, tribes, languages, and people gather as one at the welcome table. It is my fervent hope and prayer that we will one day, as beloved people of God, recognize the beauty of the Divine in each other."


Bishops United Against Gun Violence also issued a statement, condemning the violence and pointing out the need to enact "sane" gun legislation. "As Christian leaders and bishops, we are particularly disturbed that the alleged shooter’s Christian faith is reported to have fueled his desire to murder the women in massage spas whom he believed were sexual temptations. It grieves us that the Christian faith we profess can be twisted and deformed in ways that give rise to violence, particularly to gun violence, by white Christian men against women and people of color. Christian churches, regardless of theology or denomination, must explicitly reject the idea that God wants Christian men to dominate or kill other human beings. Such is not the way of Jesus. Such is not the way of love."

Read the full statement from Bishops United Against Gun Violence.

In the wake of the Atlanta shootings, another gunman killed 10 people at a supermarket in Boulder, Colorado on March 22. The motive for those murders is not yet known. Our hearts break for everyone touched by these horrible events.

The Episcopal Church's Office of Government Relations reminds us that despite the tragedy of these very public events, we must remember the less visible but daily toll that gun violence takes on our communities through suicide, domestic violence, and other means. Mass shootings account for only a small portion of gun deaths in the U.S. In fact, about 60% of deaths by firearms are due to suicide.


Read more about these bills and how you can support their passage.

As early as 1976, General Convention began passing resolutions concerning gun reform legislation. More recently, General Convention has passed resolutions calling for expanded background checks and the removal of obstacles to gun violence research. Bishops United Against Gun Violence continue to lead our Church in lifting up the victims of gun violence, advocating for reforms, offering education on gun violence issues, and praying for healing. As Episcopalians who are moved to seek justice for those who are hurting, we must understand gun violence as a public health issue that disproportionately affects communities of color and impacts gender-based domestic violence rates. To learn more about additional commonsense solutions from the leadership of the Church, visit the Bishops United Against Gun Violence website.

The Rev. Marc D. Smith is the Bishop's Deputy for Violence Prevention in the Diocese of Missouri. He has developed a curriculum called "Each Other's Keepers: The Church's Response to Violence." This program was the topic of a six-week diocesan-wide Lenten study, which ended March 23.

The program is available to all, free of charge, at EachOthersKeeper.org. Contact the Rev. Marc Smith for more information.