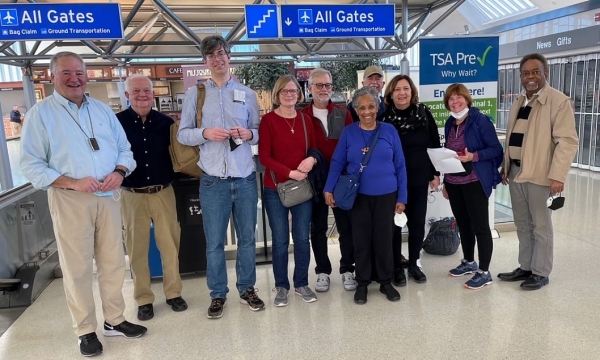 The Rev. Todd McDowell, Rector at Grace Episcopal Church in Kirkwood, is leading a Lenten pilgrimage to the Holy Land. The trip will take members from throughout the Diocese to some of the most sacred sites of our Christian history.

The group includes the following members:

We will post pictures in this gallery as we receive them (hover over the picture to see its caption):